Robert Prosky
1930 - 2008
This blog post about the current state of my art starts with a quote by actor, Robert Prosky.  Actors' Equity Association (AEA) included it in a mailing.  I find it inspirational.  Here is what he said:

"I love Actors and by extension, the theater.  I love the minutia that surrounds them both.  I love listening and telling Green Room war stories.  I love the onstage triumphs and yes, I love even the disasters.  I love the adrenaline that shoots thru every Actor onstage when something goes wrong, and the relief that sweeps thru when some heroic Actor saves the day.  I love performance. That time when the human beings onstage interact with the human  beings in the audience and together they create the event of performance.. . . Actors are survivors and will continue to strive because they have the need to celebrate, in performance, that sacred communion between Actor and audience."


On the occasion of the sudden passing of actor James Gandolfini, a colleague sent me a link to a Youtube video of an appearance of Mr. Gandolfini on "Inside the Actors Studio".  I watched the video and was very touched by Mr. Gandolfini's modesty and charm.  I was also intrigued by a statement that he made that an actor has to have a point of view.

I've been asking myself since then, what is my point of view as an actor?

At this moment in my life, I have dialed back from, what seems to me now, was a frantic scramble to get work as an actor.  I have been reflecting on past work.  I have given myself over to balancing a "straight job" with making myself available to helping friends and family and volunteering in my community.  The auditioning and acting I've done this year is in response to years of past networking.

So, now, I am thinking to myself, can I even call myself an actor that can have an actor's point of view?

In a recent blog post I mentioned a BACKSTAGE article about the crap shoot that getting acting work can be.  I did not mention that the article made three suggestions for improving one's luck with said crap shoot.  #1 Get better at your craft. #2 Network.  #3 Make your own work. 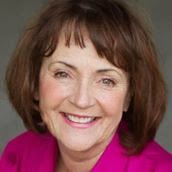 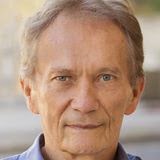 my friends and actors, Rita McCaffrey and Porter Fowler, and I have continued to meet once a month for dinner and to share our actor "war stories" and read scenes together.  We also attend selected performances together.  One such performance was a production of Helene Cohen's 50-50 at the Elite Theatre Company at the top of the year.   Years ago I had produced a reading of 50 -50 for my cable community access program "Readers Theater Television".  I was thrilled that Helene got the play up for a full production.

in December 2013 I auditioned to be a member of and was invited to join the Los Angeles actors' group, NEO Ensemble Theatre, http://www.neoensembletheatre.org/ , "a collaborative and diverse company of 86 artists committed to educating and inspiring the community through the celebration of humor within the human condition." Their newsletter asks, "What are you laughing at?"
For three years I had been researching professional actors' groups, attending performances and readings and volunteering for various groups.  NEO felt like a good match for me and I am happy that they asked me to join.  I have spent this year meeting my fellow NEOs and getting to know more about the group's goals.  I ushered for our production of “Neo’s Motel 8….we’ll put the plays on for ya.”  Eight short motel plays by eight writers.  March 14 – April 6th 2014  and I did play readings with members for the Burbank Senior Artist Colony and a NEO company meeting.

On March 23, 2014 I was awarded my second year Harlequin pin for service as a volunteer with the Conejo Players Theatre.

As for #1 Get better at your craft --
I believe that acting is doing and shamelessly letting everyone know that you are doing/acting.  I am thrilled to share that two films I worked on are coming out into the world -- 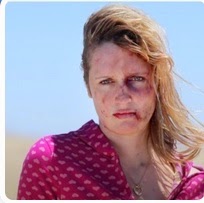 A young woman, Eden, sabotages her own wedding in order to reclaim her identity and blows up her life in the process. 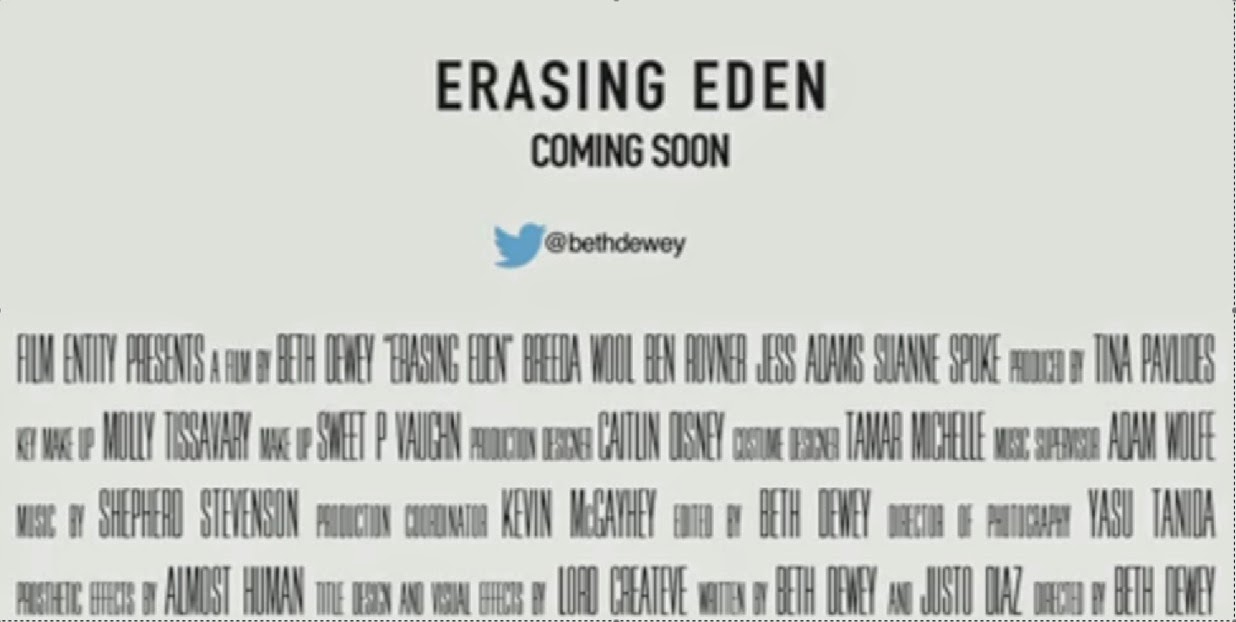 and FAMOUS JAMES a film by Edgar Muñiz 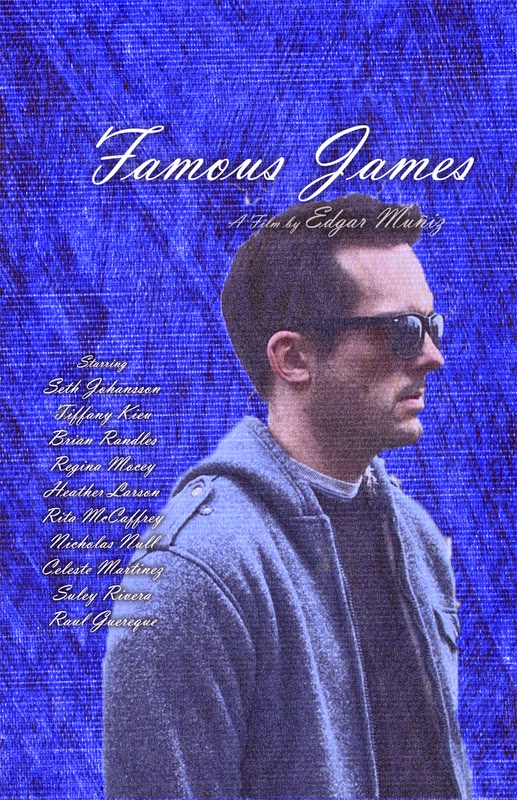 We follow James, a jaded and crotchety 30 year old malcontent, as he goes to work, cares for his mother, fights with his sister, and alienates everyone around him.
View the FAMOUS JAMES trailer at:
http://www.munizfilms.com/trailers.html 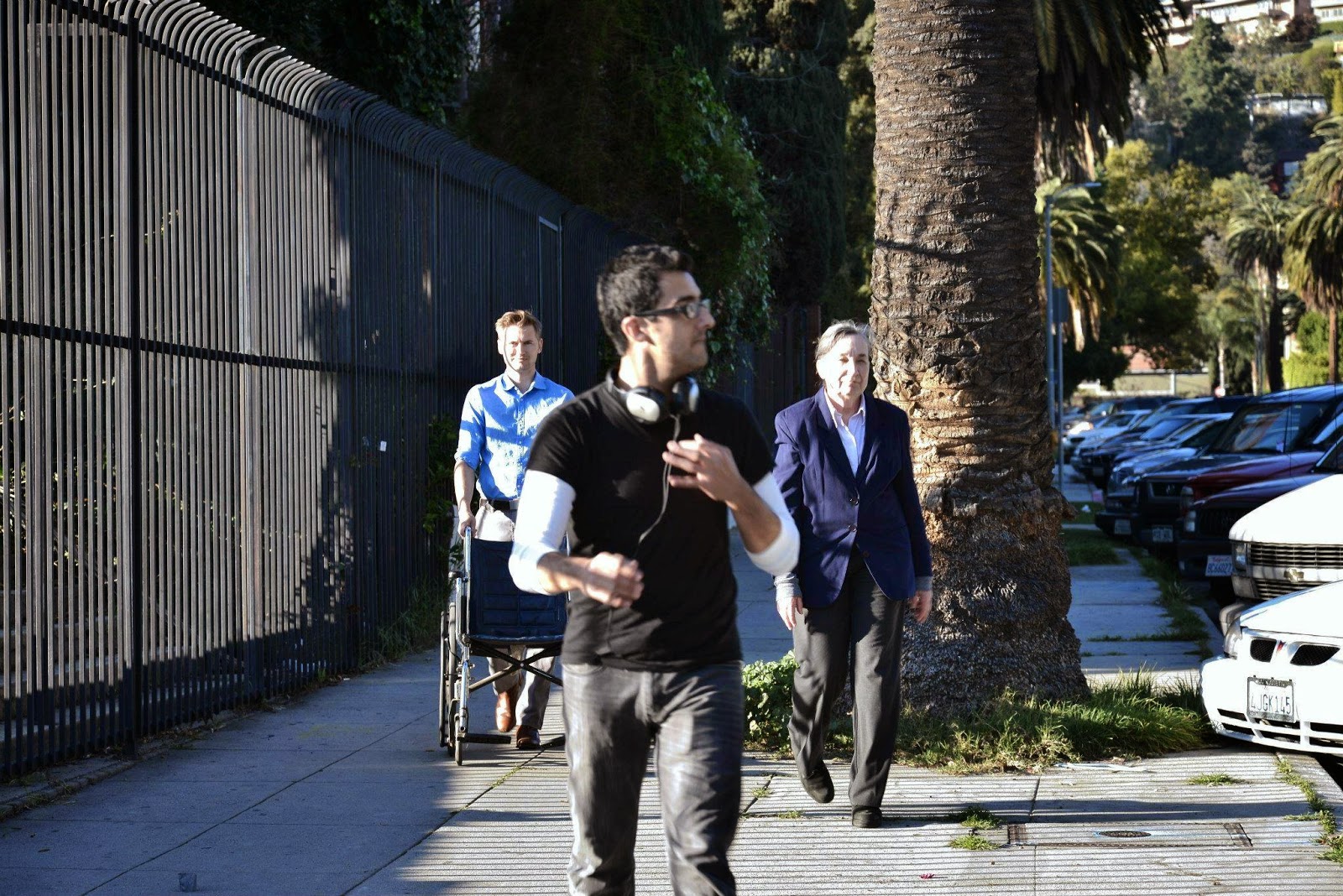 So, with this state of my art statement for 2014 I say, my actor point of view is --  I am a survivor of the crap shoot and will continue to strive because I have the need to celebrate, in performance, that sacred communion between Actor and audience.

Thank you for your support of and interest in my work.

Posted by Unknown at 2:26 PM No comments: 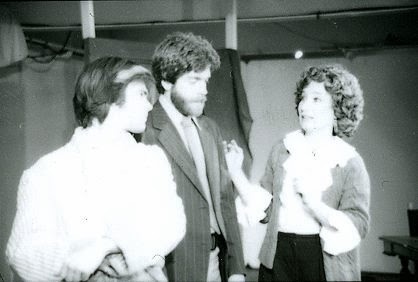 (above, Tom Eckwurtzel, Lawrence Smith, and Regina Mocey in TANGO, Protean Repertory Theatre, late 70's)
“Tango”, Slawomir Mrozek’s best-known play,  was first produced in Warsaw in 1964. A three-act dark comedy that is often likened to “Hamlet,” it concerns the ideological conflict between a bohemian couple, who lead lives of cheerful unregulated licentiousness, and their young adult son, who comes home from college determined to impose a rigidly traditional order on the household. Disaster ensues.
“Let us say it is a bit of a paradox,” Mr. Mrozek, asked to explain the play, told The Times in 1969, “about the will to revolt in a permissive society which ends in dictatorship. It is a mixture of the grotesque and the serious and the sad.”
“Tango” was staged in London in 1966, in a Royal Shakespeare Company production directed by Trevor Nunn. It was produced Off Broadway at the Pocket Theater, on Third Avenue at 13th Street, in 1969.
I appeared as the mother of the young adult son in the Protean Repertory Theatre production in the late 70's in Hartford, Connecticut. 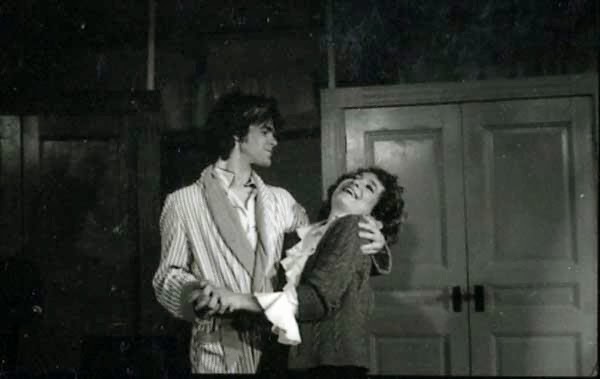 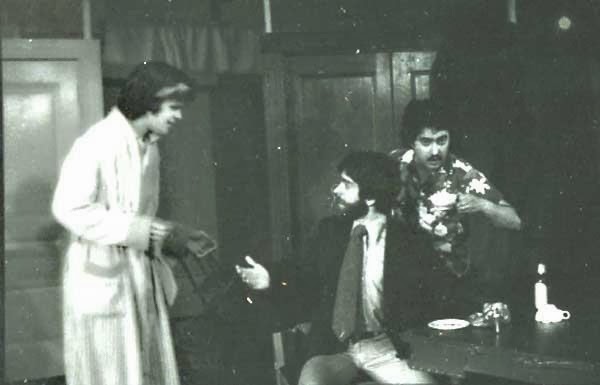 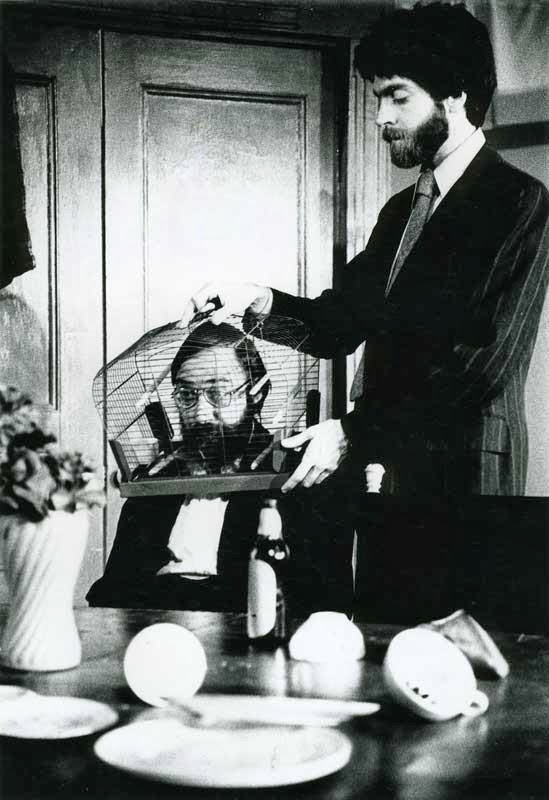 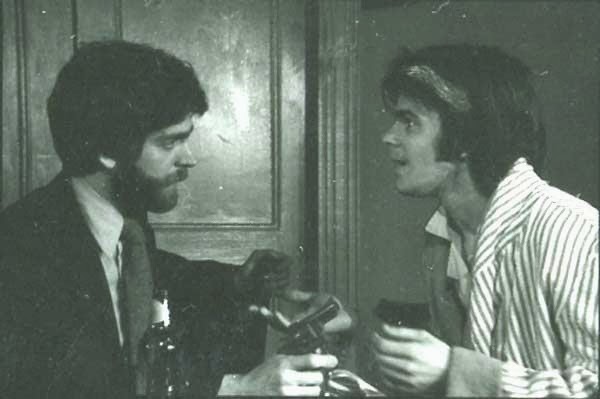 a thank you note 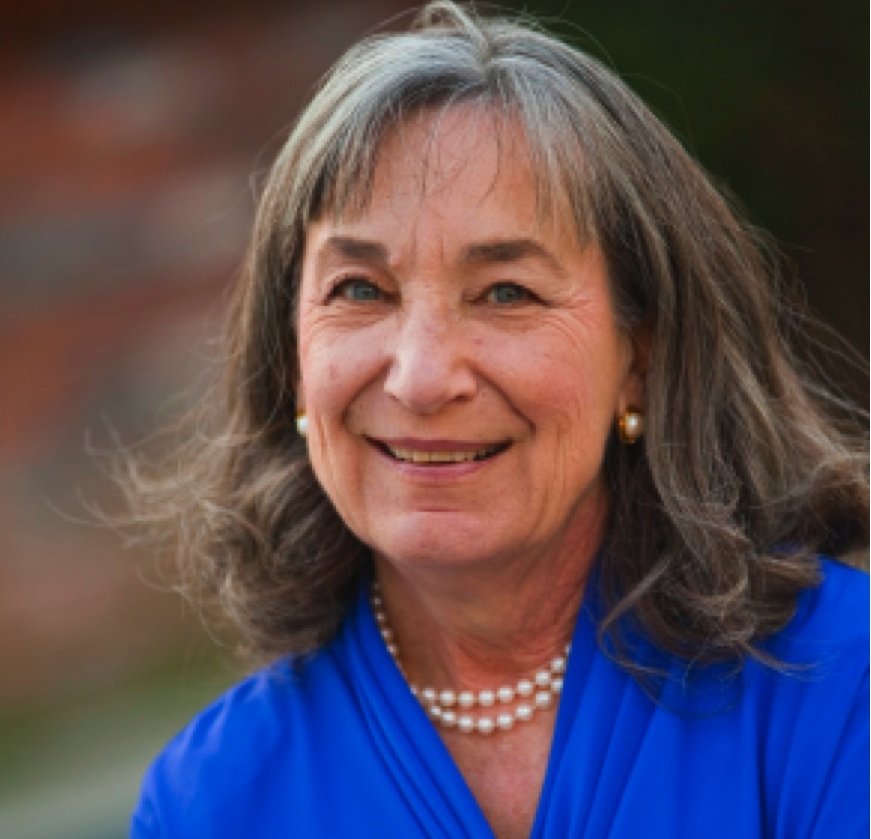 Just want to say thank you to my blog readers for your interest in and your support of my work. I want you to know that it means a lot to me.

As well as auditioning for and developing projects I'm always working to diversify and improve my promotional portfolio -- my blog, my mailing list, my YouTube channel, my headshots, etc., and I appreciate your feedback.

2014 started with a big step for me -- I auditioned for membership in an acting ensemble and I was accepted! The group is NEO Theatre Ensemble --http://www.neoensembletheatre.org/ -- "a collaborative and diverse company of 86 artists committed to educating and inspiring the community through the celebration of humor within the human condition." Their newsletter asks, "What are you laughing at?"

If you are in LA please support NEO's next fully staged production. (see below)

Wishing you all the best!

Posted by Unknown at 2:56 PM No comments:

Yes, LET'S EAT LOLLY is out and screening and having success in this world but, no, I do not appear in it.  Yes, I did a shooting day for the project but my scene did not make it into the film.  Lee Romaire, the filmmaker, let me know that he had to cut the scene.  Ah, well.  Sometimes you will have this.
Posted by Unknown at 3:16 PM No comments: 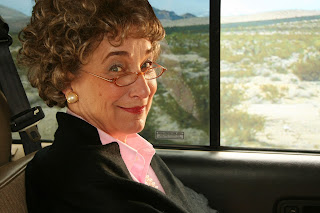 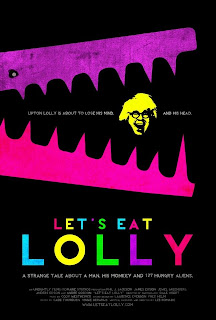 The short film is an official selection of
TIMECODE:NOLA FF2.
http://www.timecodenola.com 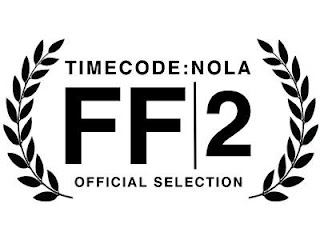 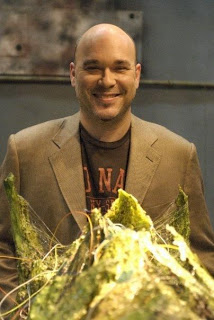 Lee Romaire is a world class FX artist in Hollywood.  He has won a Primetime Emmy for his work on the HBO series '6 Feet Under' Outstanding Makeup for a Series (Prosthetic).
www.facebook.com/LetsEatLolly
www.leeromairestudios.com/
http://www.imdb.com/title/tt2828536/fullcredits?ref_=tt_cl_sm#cast

A little match game to play.

Match the filmmaker/director to the title of the project Regina worked on with them.
Draw lines connecting the names of the filmmakers to the titles of their projects.
Answers at the bottom.

THE DEATH OF MARILYN MONROE

Posted by Unknown at 7:40 PM No comments:

A friend in West Tisbury, Massachusetts alerted me to the article,"They Came, They Saw, They Moved In; Exploring the Vineyard's Counterculture Roots" by Ivy Ashe, in the Friday, August 2, 2013, edition of the Vineyard Gazzette and the accompanying image of a group from the Artworker's Guild Renaissance Fair of 1973. My friend had spotted me in the back row, in the white wimple. I remember having a great time being one of the volunteer "witches" dunked in the dunk tank at that Fair. I enjoyed reading Ms. Edey's background story in the article on-line.

http://mvgazette.com/news/2013/08/01/they-came-they-saw-they-moved-exploring-vineyards-counterculture-roots
I was a summer houseparent at the Youth Hostel in West Tisbury from 1973 to 1979. I lived full time in West Tisbury during 1979 and appeared on stage in the Island Theatre Workshop productions of Anton Chekhov's Three Sisters and Meredith Wilson's Music Man that year. I left the island at the end of 1979 to continue pursuing a professional career as an actor. 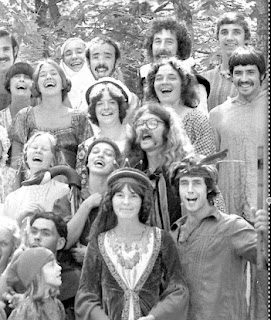 First stop, back to the Hartford Stage Company, cast by, then Artistic Director, Paul Weidner in his production of The Cocktail Party by T. S. Eliot.
Second stop, Key West, Florida where I worked as a background artist for an episode of Tales of the Unexpected , a British television series that aired between 1979 and 1988. Each episode told a story, often with sinister and wryly comedic undertones, with an unexpected twist ending.   The series was made by Anglia Television for ITV. 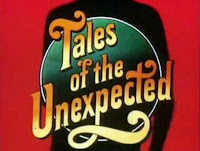 Here is a screen capture of "my big moment on screen"!  That's 30 year old me in the back corner behind Joan Hackett. 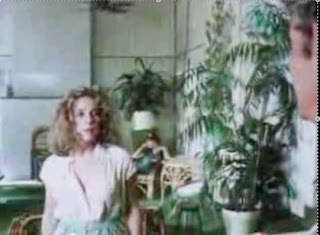 While in Key West I appeared on stage as "Mrs. Peachum" in The Threepenny Opera and as "a Horse" in Equus.

Then a stop in Eureka Springs, Arkansas where I did "Ellen" in LUV on stage.

Finally, on to Los Angeles in October 1980 to catch the ending of the Screen Actors Guild strike.  Here is the first headshot I had done in Los Angeles -- 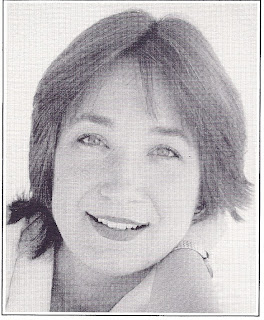 In Los Angeles I have remained.  Here is my most recent headshot -- 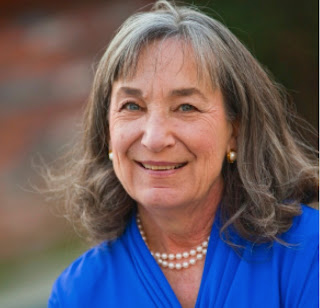 Thanks for your interest, Gentle Reader.

Posted by Unknown at 5:35 PM No comments: